You can program the digital outputs without a computer. Press and hold the red ‘Record’ button until the first output flashes. Press again to step to the output you want to record. When you are ready to record, tap the green ‘Go’ button. Any previously recorded data will play back. While you press and hold the ‘Record’ button, anything you do on the blue ‘Data’ button is recorded on this one output while the other outputs continue to play back. The Br-miniBrick8 will remember exactly what you do and precisely when you did it. You repeat this until you have all eight outputs programmed just the way you want them.

To program the Br-miniBrick8 using a computer, you can draw the sequence you need on the screen of your computer using our included PC•MACs software. With the optional PC•MACs ‘RealTime’ license, you can program in RealTime using the PC’s mouse/keyboard. PC•MACs will remember exactly what you do and precisely when you did it. When you have all your shows completed, you can send them to the Br-miniBrick8 through the serial port. The PC can then go away. The Br-miniBrick8 will run by itself.

To add sound, use a Sd-10 or Sd-25-w/DMX Audio Repeater. If you need less outputs, consider our Br-MiniBrick4. For more i/o, use the Br-MultiBrick32. For built in animation and lighting control, audio repeaters, and amplification, use our Sd-50 series of controllers. 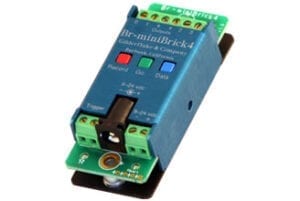 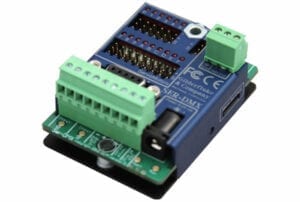 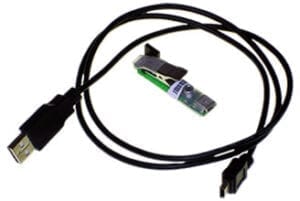 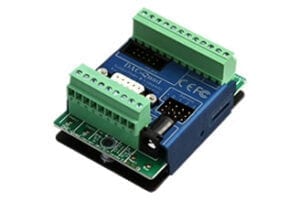